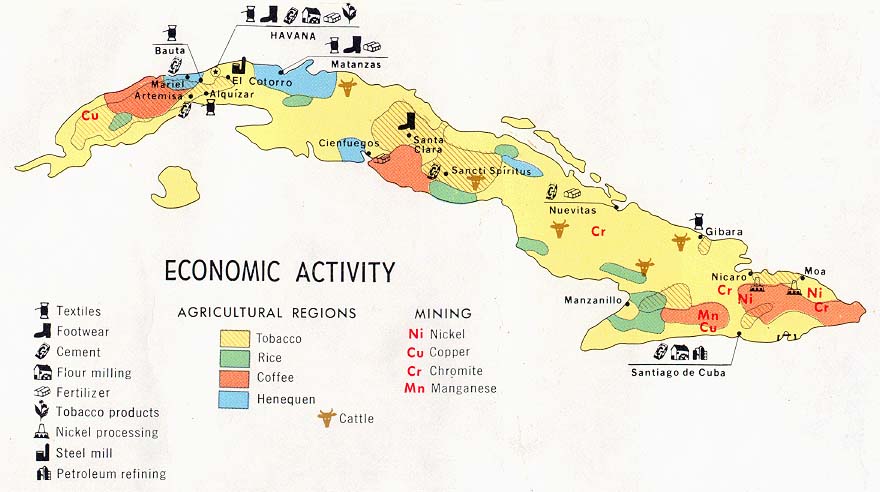 Biodiversity and Cultural Diversity
Cuba is recognized by scientists and biologists around the globe as the most ecologically diverse island in the Caribbean, and has even been coined as the, “Accidental Eden.” (PBS) The Island nation is roughly 40,000 square miles and has a population of 11,000,000 people, but it still maintains a plethora of endemic species of flora and fauna.  There are approximately 7,500 plant species and 19,600 animal species with 50% of those being native to the Island. At the same time Cuba has a great deal of cultural diversity as well with people from all across the globe. As is the case in most areas this biological and culturally diversity has had effects on one another throughout the history of Cuba.
Some of the original inhabitants of Cuba were the Guanahatabeyes and the Tainos. The Guanahatabeyes were known as a “shell” culture as they were nomadic hunter gatherers who used the natural biodiversity of the island to fashion tools and jewelry. The Tainos Indians were the first to bring permanent agriculture to Cuba and artifacts have been found of them fashioning sculptures and carvings of animals who they revered as spirits of the natural world. The colorful plants and animals that inhabit a sub-tropical Caribbean island have also had an effect of modern day Cubans as well.
The majority of today’s Cubans are of either Spanish or African descent with many being a blend of the two. Along with Catholicism one of Cuba’s major religions is named Santeria. Santeria is a blend of African customs and traditions with Catholic rituals. The interesting part though is that the religion also incorporates native Cuban plants and animals into its practices. For example, Orishas (spirits), are seen as saints in Santeria. One of these Saints, Elegua, is represented by, “hedionda herb, jerubana, gua-guao pepper, and Mastic Trees, all of which are Cuban Plants.” (Luis, 29) As can be seen from this quote this diverse nation has blended aspects of human and biological diversity to come up with its own unique blend of culture.
Something affecting the Cuban bio and cultural diversity in a great way these days is the tourism industry. Cuba is the largest Caribbean Island and has thousands of miles of beautiful coastline which helps to bring in nearly 3 million visitors a annually. “Cuba boasts a wide selection of activities for ecotourists, including hiking along one of over 100 nature trails, cycling, horseback riding, spelunking, nature observation, photo tourism and speleo-scuba diving.” (Autentica Cuba). Cuba is home to 263 protected areas that covers nearly 22% of all Cuban lands. So Eco-Tourism is pouring money into the economy while helping to protect the nation’s natural treasures.