Map of the Caribbean Islands 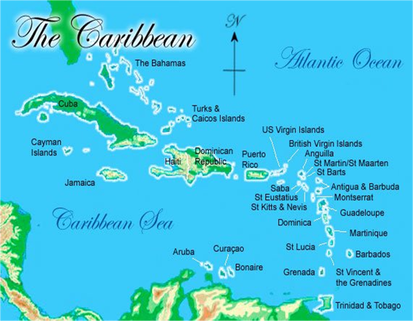 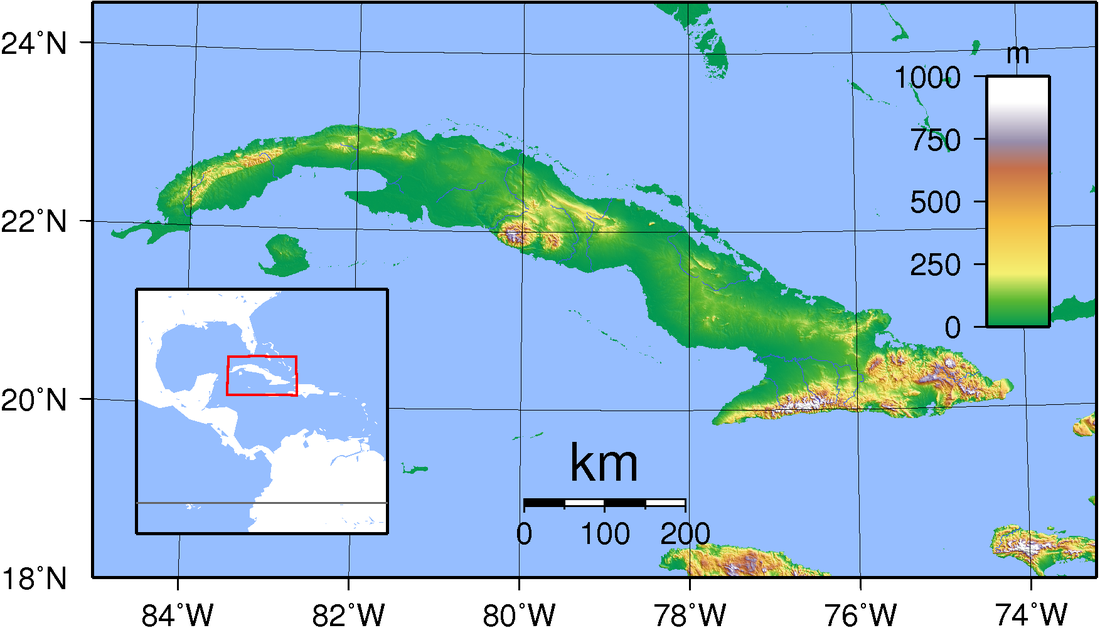 This is a map of Cuba's topography. Cuba has a warm, tropical climate. About one quarter of the island is covered in mountains and hills and the remaining lowlands are excellent for farming. Although not a meditteranean climate, Cuba's topography and weather would have made it an excellent candidate for human development. It's largest drawback being that it was an island in the western hemisphere with no ability to interact with the Old World during the dawn of human civilization.
Additional Sources from the Web
http://www.historyofcuba.com/

This website contains summaries regarding the people and the History or Cuba and is a quick and easy read in order to supplement the knowledge contained in the above narrative.

This Website has maps as well as information regarding the geography and climate of Cuba.
Citations
Staten, C. (2003). The history of Cuba. Westport, Conn.: Greenwood Press. 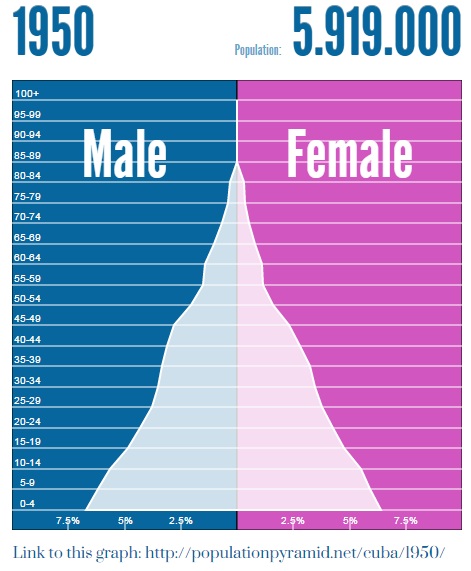 What we can see in this population pyramid from 1950 Cuba is that the country is in stage II of population development. People are benefitting from advances in medicine and sanitation creating longer lifespans as can be seen in the age groups of 50+ years. At the same time the largest amount of the population is in the 0-14 range meaning Cubans are still creating large families. This could be because of needs for the mostly agricultural population as well as the tradition of a large family. Soon though the costs of having many children will outweigh the benefits and this pyramid will begin to square itself out. 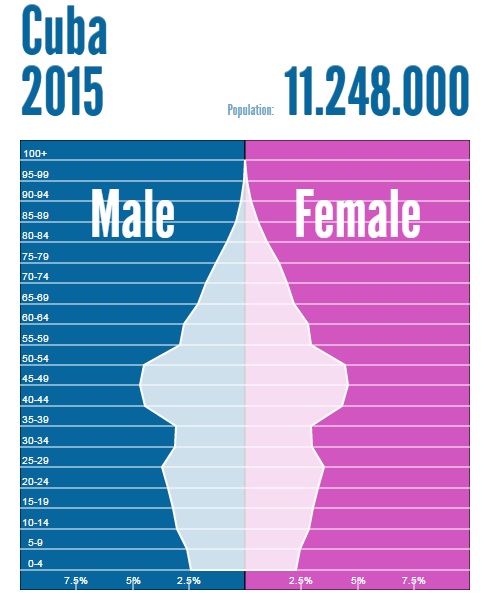 The first thing that stands out to me in this image is the size of the Cuban population. As predicted from the previous pyramid the bottom up shape indicated that the population would nearly double in the coming decades. Well it did from a population of approximately 6,000,000 to just over 11,000,000 people. The other major difference between the two is the shape. In 1950 the majority of the population was from ages 0-14. In 2015 the largest portion of the population is from 40 to 60 years of age. This tells me that in 1950 Cuba was nearing the end of stage II and with advances in medicine, technology, and education the nation entered stage III. In this stage the birth rate and the death rate tend to even out. The necessity for large families is no longer a priority and is actually unaffordable.